Yes, that is Mr T. and I grinning like a loons after too much cider in the sun while our children went feral yesterday at Hutstock,  Whitstable’s Premier beach hut based music festival.  One of the many reasons why I love living here. But ignore the freakish expressions for a second and check out the dress. You may recognise the fabric. I got it at the Birmingham swap, donated by Stitching Odyssey Marie and I promised her I would put it to good use.

When Colette released the Hawthorn pattern it was love at first sight. I downloaded it immediately and decided to make up the peplum blouse using Marie’s bathing ladies fabric.  However when I pinned out the pattern pieces I realised that if I took an inch either side off the width of the skirt I actually had enough fabric for the sleeveless dress. The instructions say you need about 2 3/4 yards of fabric but I think the piece I had was about two metres.  I cut a size zero at the shoulders, grading out to a four at the bust and a ten at the waist and hips.

This was a surprisingly quick and simple make.  The dress came together so easily it was unreal. I was a bit wary of the collar and all those button holes but there were no issues at all. This version without the sleeves would definitely be accessible to a beginner, and if I had an unbroken stretch of time I could knock one together in three or four hours. As it was it took me a week of evenings. I did intend to follow along with the Sewalong but I got impatient to finish.  The fit is pretty good too. I did take it in a bit more at the side seams for a closer fit, but apart from that I made no adjustments. I like how it is a slightly looser fit but still follows the shape of your body, making it perfect for warm summer days when you don’t want to wear something that feels too fitted but still want to look like you have made a bit of an effort.  And I think Colette may be paying attention because for the first time with one of their patterns I didn’t lower the bust dart and it still hits in exactly the right place.

The dress isn’t really shown at it’s best in the rest of my Hutstock photos  (and nor am I 🙂 ) so I took some extra pics this morning. 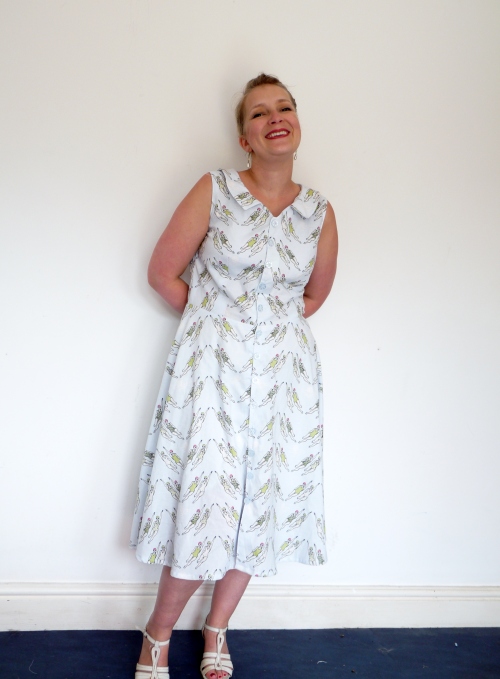 As you can see I am a bit tired after yesterday’s festivities.

I also tried it with my big fluffy petticoat thing underneath, for a bit of a fifties vibe.

I quite like how it looks and I think maybe I should have worn it like this for Hutstock – the extra layers of petticoat might have provided a bit more padding, I woke up with incredibly bruised buttocks from sitting on the stones.

Of course youngest child wasn’t about to be left out…

Not much more to say except how much I absolutely fecking love this dress.  It really is perfect for summer.  And other people thought so too. I have never had so many complete strangers coming up to me and complimenting me on my dress or asking where I got it. And not just at the festival, where people had, lets just say less inhibitions.  I was even approached in the supermarket and when walking down the high street.  It is a definite win and I have more planned.
So finally, for those of you not lucky enough to know Whitstable, a couple more shots of what you missed… 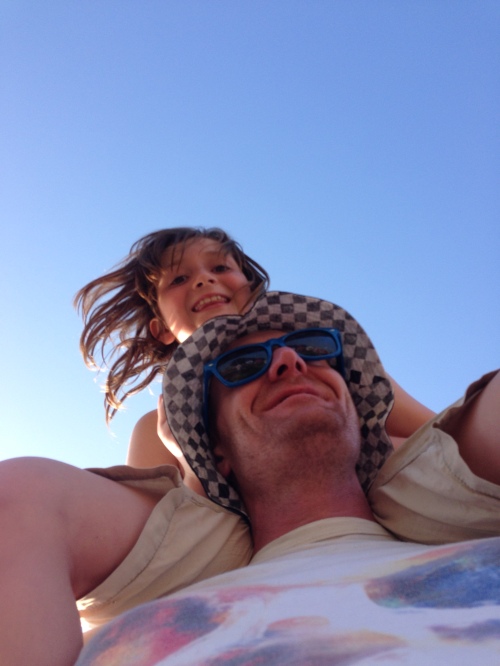 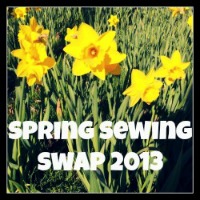 Meg The Grand
Create / Enjoy
Frabjous Couture
House of Pinheiro
Roobeedoo
Kestrel Makes
Crafting a Rainbow
Ms1940McCall
A Stitching Odyssey
But it can't be from Dolly Clackett. She gave me an Easter egg!
Jane's Sew & Tell